At the end of 2016 we released our NC aluminum coolant expansion tanks by Moroso. Those have been super popular, and the only gripe some have had is once you've got a shiny "lifetime" coolant tank in the engine bay, the ugly plastic power steering reservoir sitting nearby is even more of an eyesore.

So, we got to work with Moroso on a replacement for that to compliment the coolant tanks. Prototype just got finished up, first shots here. 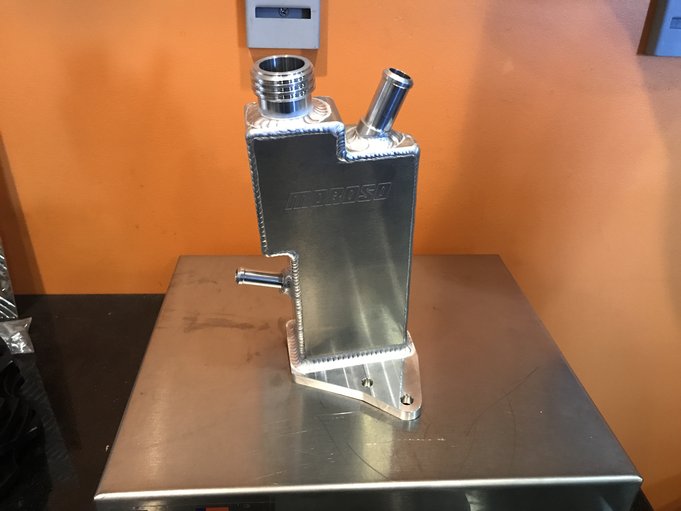 Shape and port locations designed so this is a direct drop-in replacement: 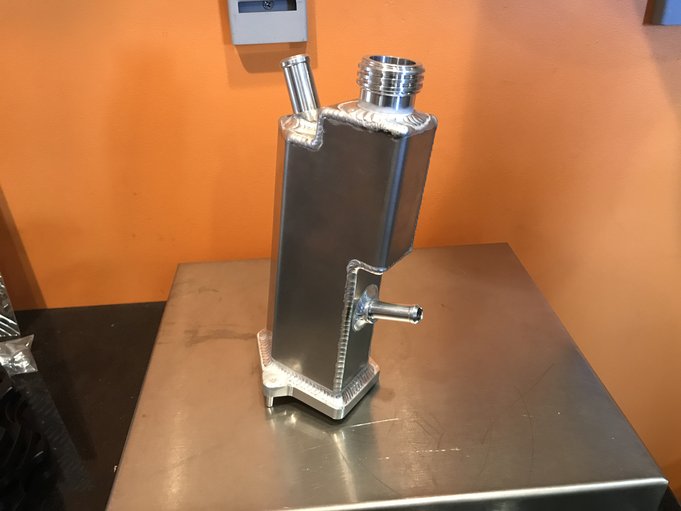 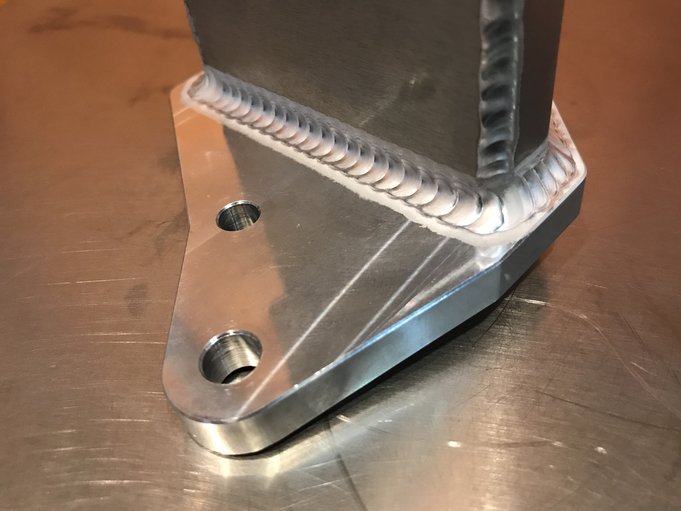 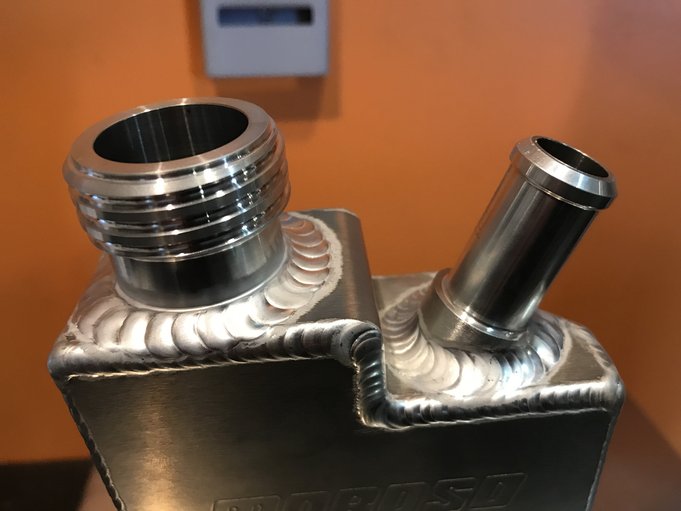 Looks great!
Thanks for working on this !!
Top

Very nice! Looks like I might be asking Santa (aka the wife) for a matched set of coolant and power steering reservoirs for Christmas this year, if they're in production in time.

On a related note, how about an introductory special deal on the pair once they're released?

EDIT: Just noticed that the coolant tank is on sale right now already. Might have to just order it now instead of waiting until winter and get the new one later.
2019 Arctic White RF GT-S
SmartTop, coilovers
Top

Nice, let's get them in the catalog. What's the expected release time?
Top

YES, PLEASE!!! I already replaced the plastic coolant expansion tank, but would happily get this and the aluminum overflow tank as a pair!!!
'06 MX-5 Sport 6-speed
Autocross junkie!
Top

No level window needed. The level window or similar would have added a lot of cost so we figured out an even easier solution for checking the level that made use of the features we were already adding; Unlike the factory tank, this one has internal baffles to help reduce aeration of the fluid. The top-most baffle is placed at the full position for the fluid. Therefore, when you take the cap off and look inside you can only see down to the top surface of that baffle. If you see fluid at or slightly above that baffle, you're full and good to go. If the baffle/plate is dry, just add fluid until you see it.
Top

Any chance for a "pre-order"? If so, put me on the list!
Top

As soon as we have a solid ETA about 30 days out we will open them up for prepaid orders on the site.
Top