This car belonged to a gentleman who wanted to trade it in for a new vehicle, but on his way to the dealer the car sprung a coolant leak and had to be towed. The dealer said they suspected the head gasket had gone, didn't want the car on trade-in so he picked up his new truck and now just wanted to get rid of the Miata.

That's where we came in! Took a look at the car, was instantly impressed by how nice the overall condition of the car, interior, etc. was. Some of these limited edition cars get owners who don't appreciate them and they get beat up, but that certainly wasn't the case here. After some poking around we had a strong suspicion that the head gasket was fine and it was likely just a water pump. Handed the guy some cash and rolled the non-running car into the trailer and took it home. 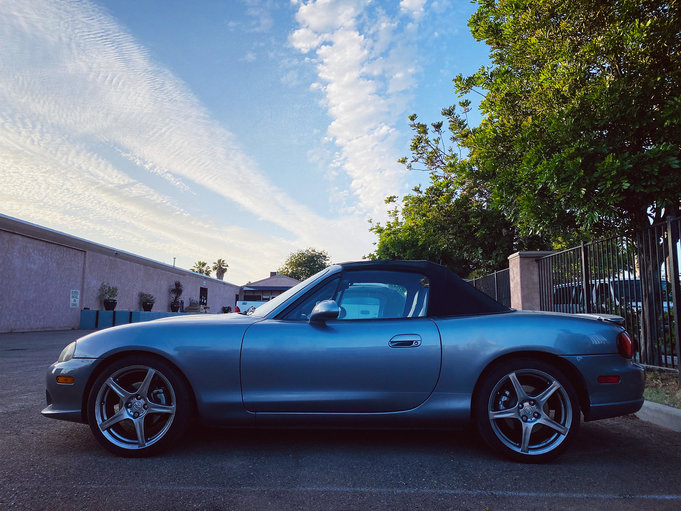 The whole drive home we debated who the car was going to. We went up there on Greg's tip, and as the resident MSM expert OF COURSE he wants another one

but once I saw that it was a Titanium Grey (on the first call we thought he had said it was red) suddenly I was warming up to it fast. Love that color. Well, whoever ends up with it, we couldn't pass this one up! Time to start going through the car and get it up and running.

Back at the shop, first thing to do is figure out what we're dealing with on the engine side. At first the car didn't want to start. Traced that to a bad coil, swapped it for another spare in the shop, and it started right up. Ran it for a moment and it was just dumping a river of coolant on to the ground. Definitely have to sort that out. Got the front of the engine pulled apart and did the usual timing belt, water pump, thermostat, fresh OEM coolant hoses, gaskets, and changed the spark plugs while we were in there. 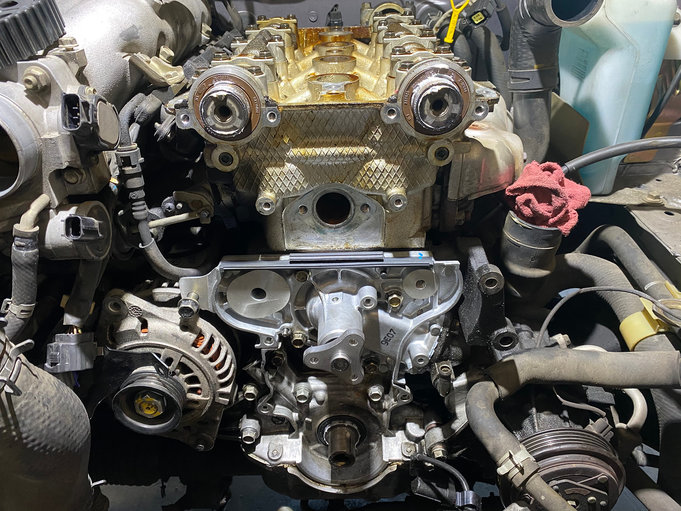 Buttoned things back up and what do ya know? Runs beautifully. No more coolant leaks, holds temperature perfectly, zero issues with the head gasket. The shop it had been at just misdiagnosed it.

So we've been driving this thing around and having some fun!

Now that she's running well, next up is going to be a bath. 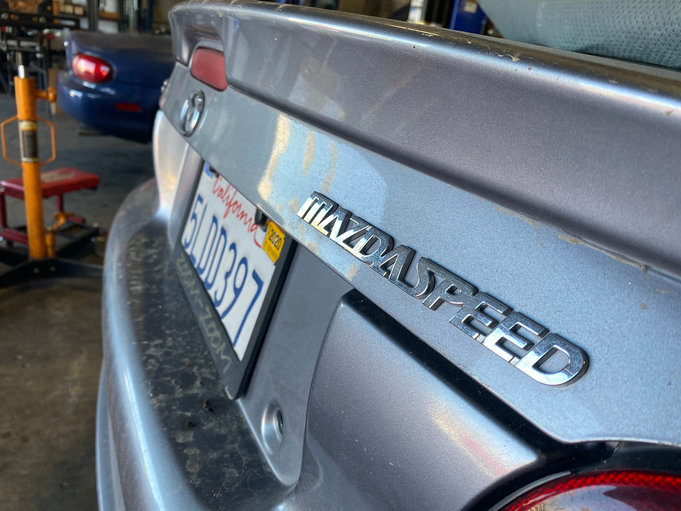 Next up is a new soft top and then a smog to get the registration transferred over. That will conclude the must-do's to get it back into shape. After that, who knows?
It's still all stock right now, except for a CSF radiator that came already in it. What do you guys think we should do with it?
Top

Having owned a VRM MSM since 2015 and having have a rebuild done on the rear after being run into and then doing multiple mods to it I can suggest the following.
Put some good light weight wheels and the Continental Extreme Performance tires on it or if staying with the RH wheels put on the Michelin PSS tires.
Add some Paco front fender area braces. Easy to do.
The FM little Enchilada will without upgrading the turbo or going to an aftermarket ECU free up some significant horsepower. Adding a wide band O2 sensor and AFR gauge will help you know if lean conditions are happening. A boost gauge is a must too.
Round all that off with some SuperMiata Xida XL or Race coilovers with 800/500 or 700/400 springs. The MSM is heavy.
Sorry Goodwin but they are the best coilovers to put on.
Then go play.
Top

No strangers to the XIDAs here, I run the tiple adjustable version on the HyperMiata and they are phenomenal. But that's more race-oriented than I think fits this car. Greg is running the GWR spec Feal 441 Road Race on his MSM here and he LOVES those. But that's still more aggressive than I think we would want to go here. I'm envisioning this car being a fun street car with just some light tweaks that make it even better. Of course, we've all heard that before

I like where you're going with the Continental ECS. Those are great tires. Might have to do a little bit of lowering, a lightweight wheel for better ride quality, and a set of those ECS. That would be sublime.
Top

The Xidas are not about getting the car prepared for racing. It’s about the bad roads we typically have to deal with. Stick with the XL type and you can lower it a bit. Some Enkei 15” PF01 wheels would look good.
But you will need to free up the power with the FM LE. Hopefully the radiator that is in it is as good as the OEM one is in managing heat. I put on an FM crossflow radiator. I don’t have the full LE but do have the downpipe, full FM exhaust and critical parts of the intake. I still have the stock air filter. I do have the O2 signal modifier, boost gauge plus I added an ASCO boost solenoid valve to correct ‘bog’ issues. I did do the diode mod on the TPS sensor to prevent the typical lean AFR at wide open throttle.
Top

The project car has a CSF in it. From what I've seen in friend's MSMs and MSMs that came into the Miata shop where I used to work this radiator is plenty for a stock MSM. I have one in my MSM for a couple of years, it was an upgrade from a Koyorad after I started running the built motor. It is handling heat from a 190 RWHP engine.
The Only Speed is Mazdaspeed
Top

Man, I love turbo motors! Too bad I have to drive an NB barefooted.

Very excited to see how this build progresses. I'm in SD and just bought an MSM this summer. Especially interested in any CARB legal mods you end up with as that seems to be the biggest challenge I've come across

CARB is a big roadblock in getting the most out of the MSM. We are most likely going to work with the suspension to make it a better handling car. I'm on the record as not being a fan of the factory Bilsteins. They are a harsh shock, and along with the low profile 205/40 tires they make the ride stiff and a bit jarring at times. Even something simple such as Koni Sport shocks would be a big improvement, then going to 15" wheels so you can use a taller profile tire will also help give the car a smoother ride.
The Only Speed is Mazdaspeed
Top

Greg @ GWR wrote:CARB is a big roadblock in getting the most out of the MSM. We are most likely going to work with the suspension to make it a better handling car. I'm on the record as not being a fan of the factory Bilsteins. They are a harsh shock, and along with the low profile 205/40 tires they make the ride stiff and a bit jarring at times. Even something simple such as Koni Sport shocks would be a big improvement, then going to 15" wheels so you can use a taller profile tire will also help give the car a smoother ride.

Absolutely, I've already swapped out the stock bilsteins for VST coilovers and will be looking at 15" wheels next. These are pretty straight forward improvements. Just not sure where I'm going to go power wise down the road with bi-annual smog and definitely looking for suggestions and options

The MSM Rescue Project has been in the very slow lane for awhile. Recently Ryan and myself installed a new top on the Rescue. The glass window in the original top had come out ot the top (stitching failure) and was only attached at the bottom, with the major portion of the window resting on the back shelf.
Here are some photos of the fun! 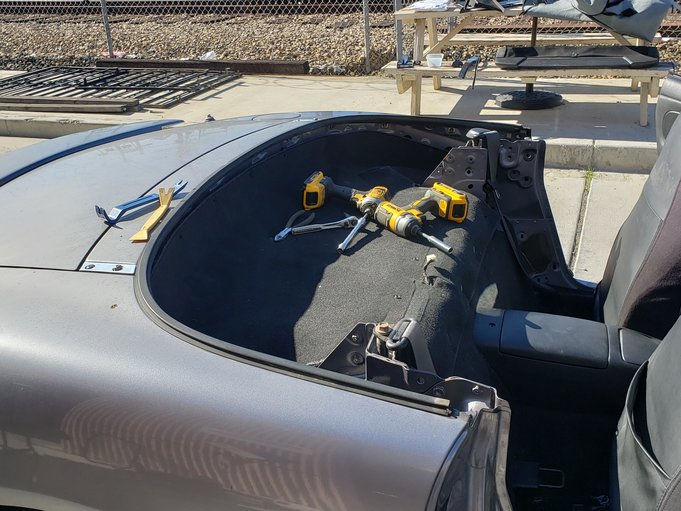 After the original top has been removed 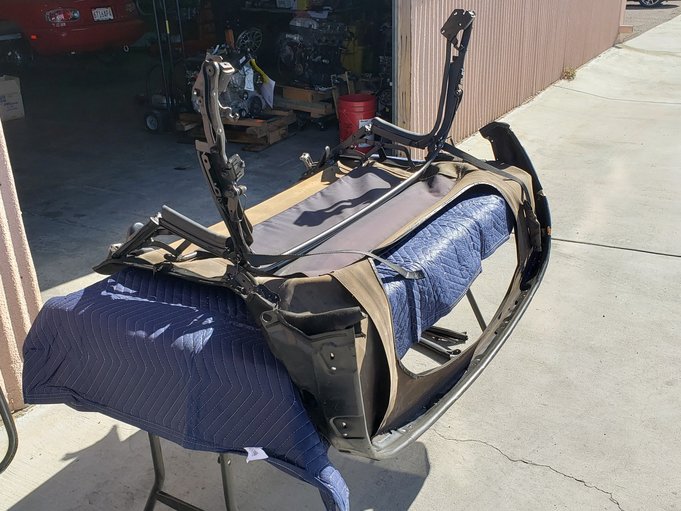 Old top about to be removed from the top frame 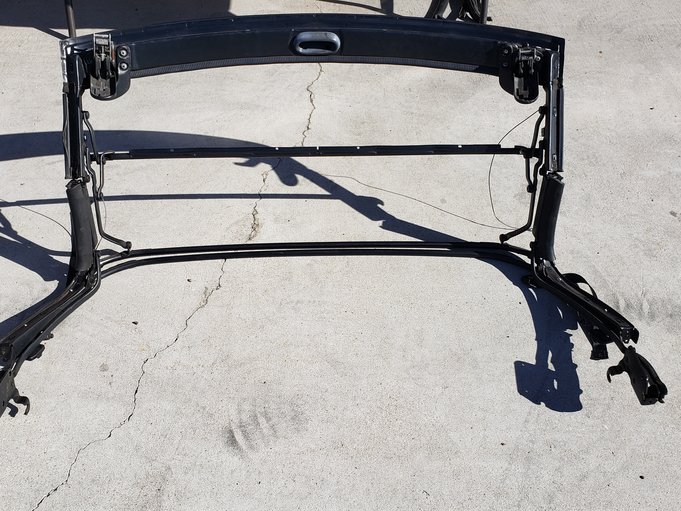 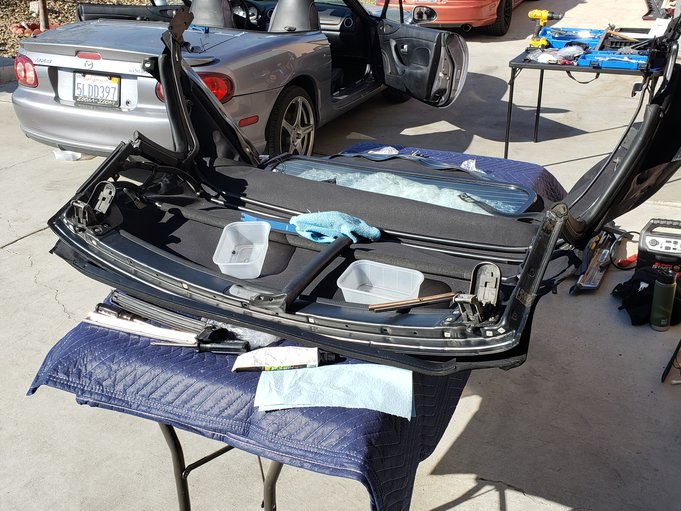 New top being secured to the frame 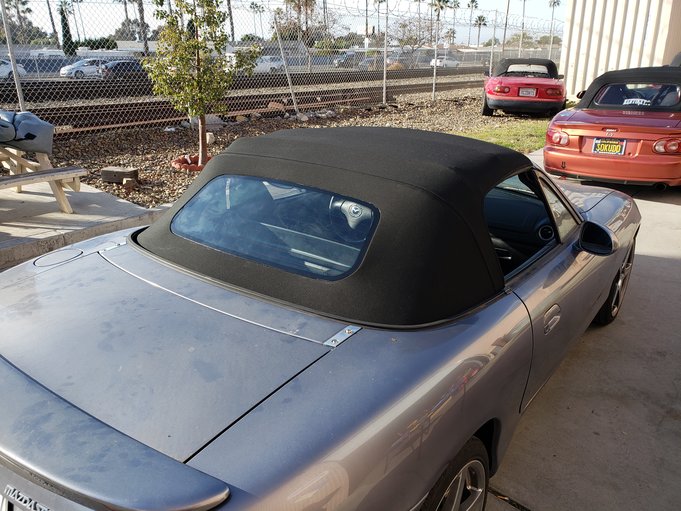 New top is on! Yes, we washed the car afterwards

The Only Speed is Mazdaspeed
Top
Post Reply
12 posts