Out for Saturday with BMW CLUB with our Supercharged 07, this old Gal can still dance! 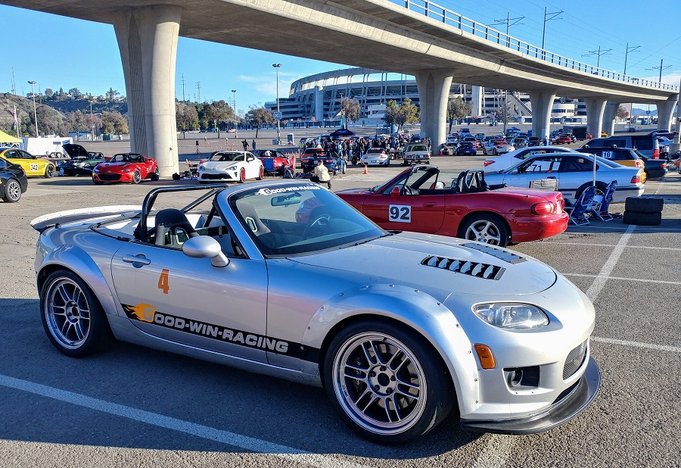 Bump to find thread....and another link to COPY of installation instructions for the MP62 Supercharger kit at THIS LINK.
Brian Goodwin
Good-Win Racing
www.good-win-racing.com

Getting our old 'workhorse' NC ready for Laguna Seca! 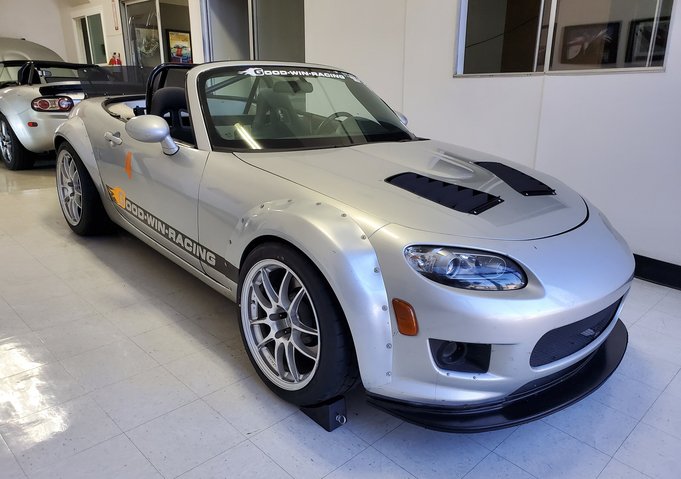 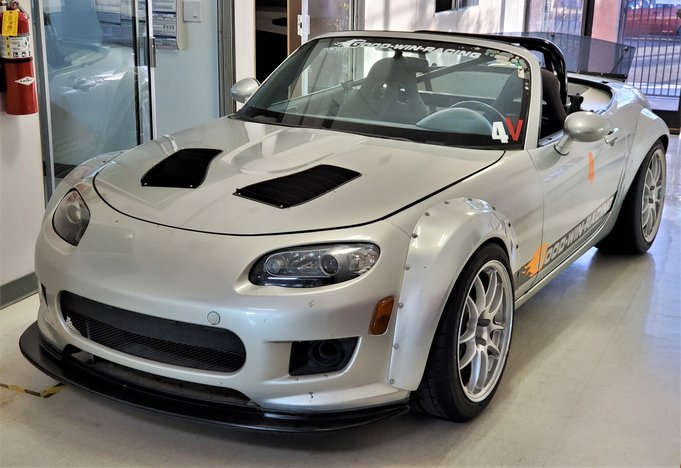 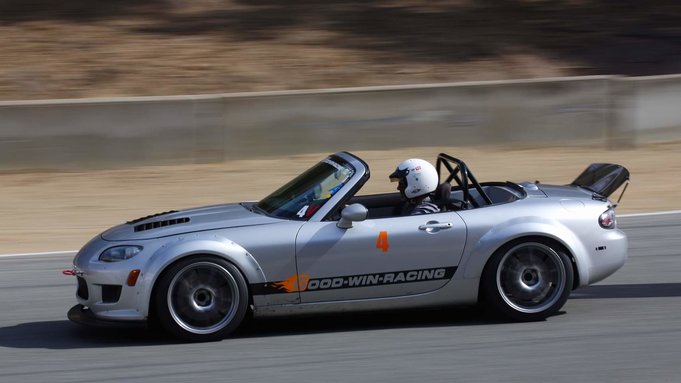 The old gal can still dance...three days of fun at Laguna! Chased misfire for two days and it turned out to be a strand of wire no thicker than a human hair that was sticking out from O2 harness and contacting in high G left turns at the track. That meant we were compromised for power Friday and Saturday until that issue was chased down by MotoEast (Xero Limit Tuning) Mike and our Rocky working together under the car. Sunday we finally had full power and with passenger starting seeing our pace get back down to 1:38s on street tires. Love this old project, a real fun car to drive, likely take it to next BMW Club event here. 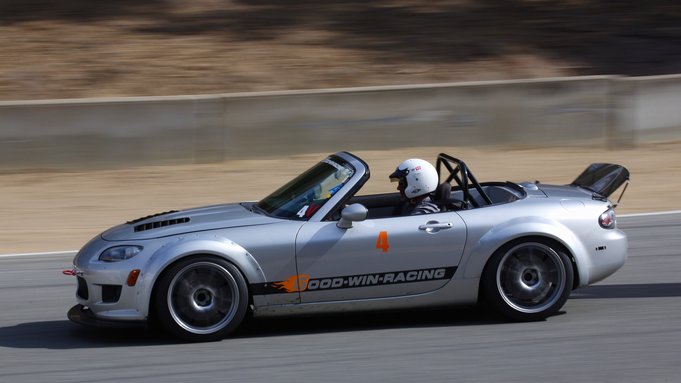 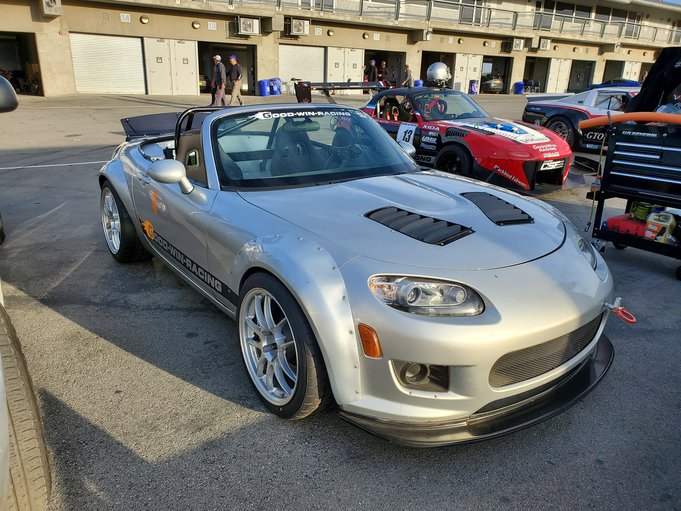 Our Supercharged 07 has been the same car year after year without much change....until now. After good results using Moti's lexan rear spoiler on our Budget NC Racer decided to add the same to our old workhorse Supercharged NC just a few days before Laguna Miata Reunion. After chasing some misfire issues and solving them late Saturday this project went faster at Laguna than it has in years. This car has always been a bit spooky full throttle out of turn four, the spoiler settled that spooky wiggle and I was able to lay the power more aggressively out of that turn as shown below....and we dropped times under the 1:39 mark for the first time since this car was in a lot lighter trim years ago with carbon doors/front clip. 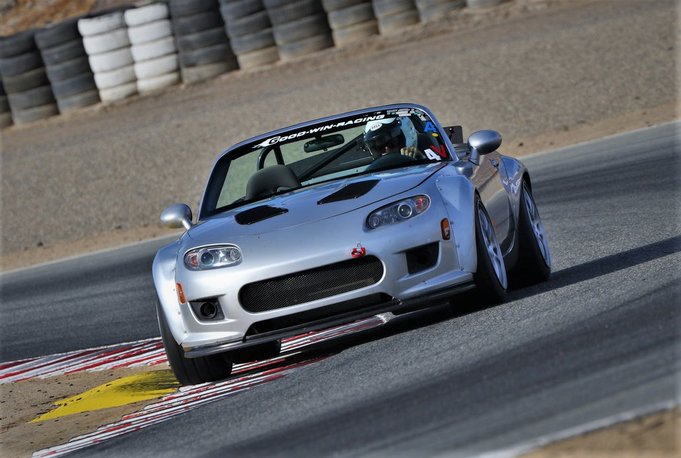 First pic is Friday test and tune first session, I liked the change and after that I kicked the angle a little higher and found I liked it even more, notice that greater angle below in later sessions on Friday. 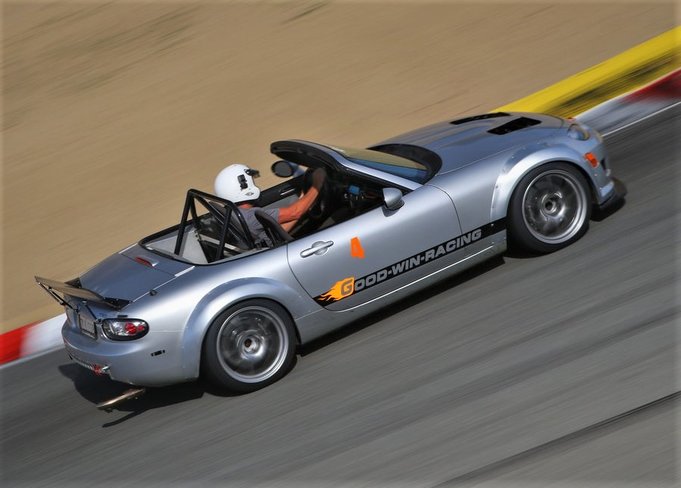 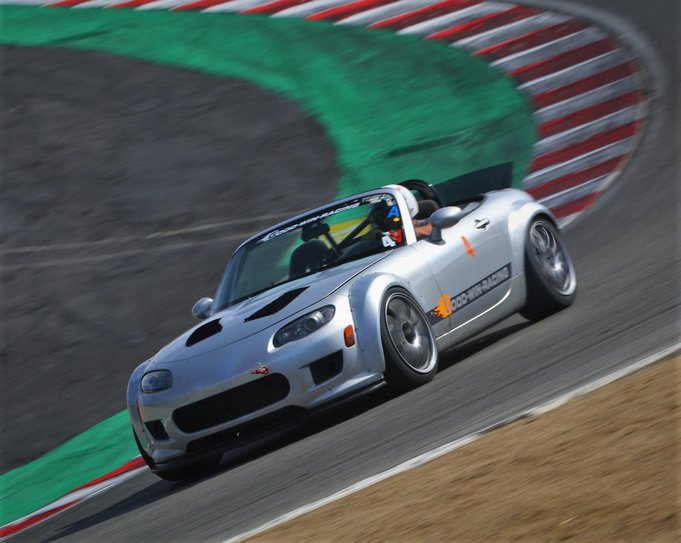 More from Laguna, fun rides for all, great times!

Last session of three day event at Laguna Seca Raceway on Sunday I shredded third gear in our 300 hp supercharged 07 Miata. Not the first time I have killed a trans in aggressive use at Laguna, but now really excited to try a built box from our friends at Walter MotorSports. We ordered it some weeks ago and thanks to Lee Walter for getting it to us in time to go to the event, we did pack it in the trailer and it did go to Laguna. If the old trans had busted on Saturday we had this built spare ready to go into the car, but when it busted Sunday after lunch in our last session figured we would just drive onto the trailer and change it here at the shop. Excited to give it a whirl. 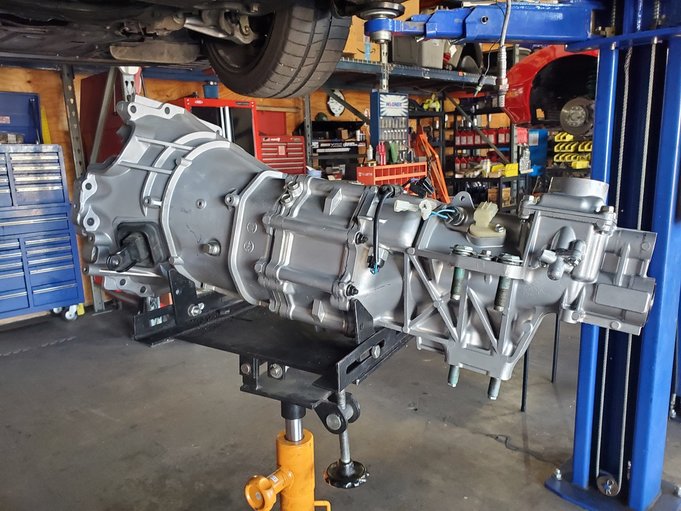 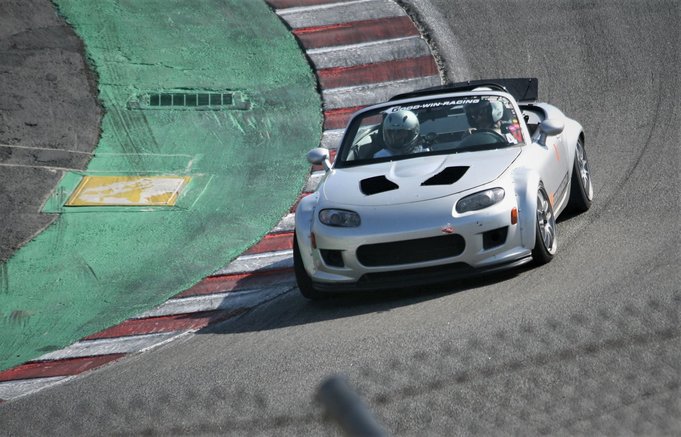 Had some questions from customer thinking of jumping on long travel Miataspeed version Ohlins instead of waiting for these. First thing to understand is that we are going WAY BEYOND what Miataspeed is doing in terms of travel on that Ohlins setup. Xida front 141mm, rear 190mm, while their "Ultra mega super long maxx stroke" Ohlins, 111mm F&R. So we are going 70% more rear travel with Xida. 105% more than standard Ohlins. Different planet! Meanwhile, though I have always been a fan of the Ohlins DFV, DFV is simplified version of single digressive valving and the Xida feature actual double digressive pistons (comp & reb side)...so again another planet we are going to with the XIDAS setup. Finally, going inverted with rear setup to avoid the big time spring deflection and side load issues creating stiction that they will have.
Brian Goodwin
Good-Win Racing
www.good-win-racing.com

Users browsing this forum: No registered users and 5 guests