Welcome to the Good-Win Racing Forum. Feel free to tell us who you are, leave any comments or suggestionson how we can serve you better
Post a reply
6 posts • Page 1 of 1

Trying to add up all the patents and figure it out, sure seems Mazda is making us something like their version of a Jag F Type using new straight 6 platform and the Vision design language. 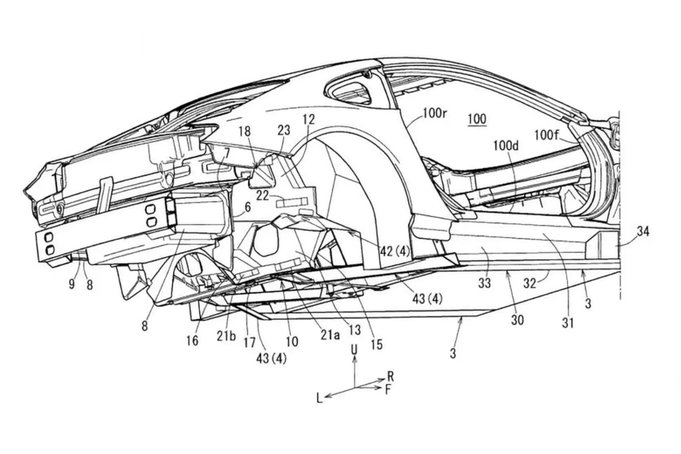 The Straight 6 platform. From Road and Track:
The layout seen here is typical of rear/all-wheel drive platforms, like those used by BMW and Mercedes. Of note, however, is the front suspension, which appears to use double wishbones. The only other Mazda to use a double wishbone front axle currently is the MX-5 Miata. The rear appears to have a multi-link setup of some sort, as indicated by the split upper arm. It looks like a great platform to work with, and given Mazda's well-earned reputation for dynamic excellence, we expect great things here. 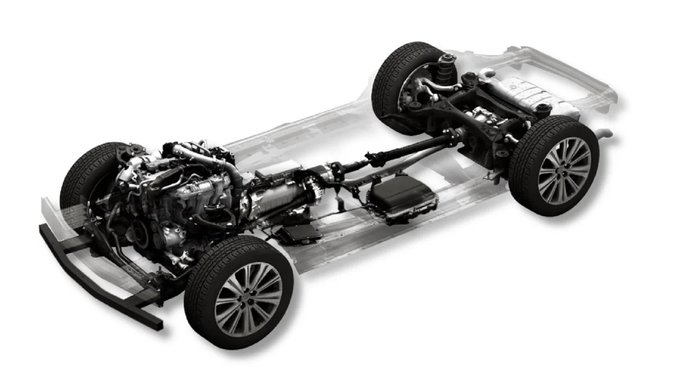 More bits of the puzzle... 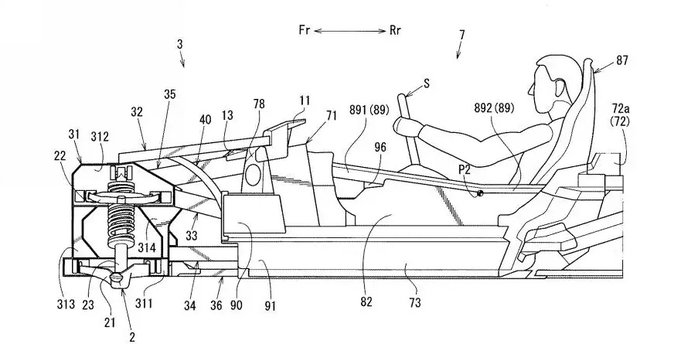 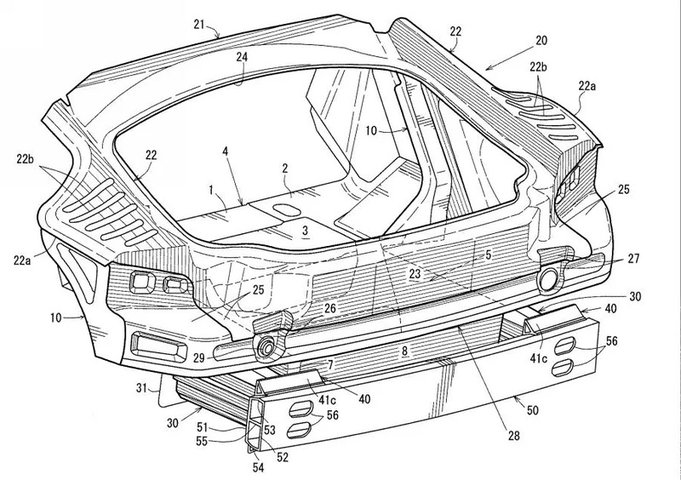 "While many automakers are giving up on larger engines and downsizing to turbocharged four-cylinder engines, even in performance cars, Mazda is set to launch a new inline-six engine. Last May, we reported on the Japanese manufacturer working to develop a new straight-six, and immediately recognized strong similarities between what Mazda has been working on, and both current and future products from BMW, Mercedes-Benz, and Jaguar Land Rover.

According to patent filings that have been picked up on by various automotive news outlets, Mazda’s upcoming straight-six will be coupled with a 48-volt mild hybrid system in the next-generation Mazda 6. If a 48-volt mild hybrid sounds familiar in anyway, that’s because it’s the same kind of setup Mercedes-Benz has paired with it’s M256 3.0-liter straight-six, which has been in production since 2017. Jaguar‘s new Ingenium 3.0-liter inline-six is another example of a time-tested engine design being mated to a cutting-edge 48-volt electrical system.

Digging into more of the details, the new Mazda engine may use the company’s Skyactiv-X compression ignition system, which works exactly as it sounds; the fuel-air mixture is ignited spontaneously as opposed to being catalyzed by a firing spark plug. That’s for the gasoline-burning version of the engine, while there will also be a turbodiesel Skyactiv-D unit. And while we’re on the topic, Mazda’s Skyactive-G technology is a version of gasoline direct injection that has found its way into many of the automaker’s engines, and the new 3.0-liter straight-six is expected to use it as well.

Car and Driver has mentioned a rough estimate of 350 horsepower, which would be more than enough to make whatever Mazda models this engine finds its way into potent competitors. Speaking of actual models, it’s speculated that, in addition to a sporty two-door, a sleek four-door model—think BMW Gran Coupé styling—is also expected to use the engine. This four-door would likely be the upcoming generation of the Mazda 6, which should be on sale by the end of 2022. In addition to the engine, the revamped Mazda 6 is also expected to use rear-wheel drive.

What does it mean for BMW? Breaking into the entry-level luxury market isn’t easy, but as Genesis and in some respects Kia have demonstrated, with the right staff and great products, it’s not impossible. Whether or not Mazda is able to do the incredible, and compete with the likes of the Audi, BMW, and Mercedes out of Germany, and the miraculous story that is Lexus, remains to be seen, but an effort like the one outlined above sends a strong signal.

Above all though, we welcome another straight-six in the marketplace. And although making an attempt at the same kind of architecture Mercedes has been using is no small undertaking for an automaker the size of Mazda, who better to give it a shot than the company which gave us the Miata and mass-produced rotary engines for over 40 years.—Alex Tock" 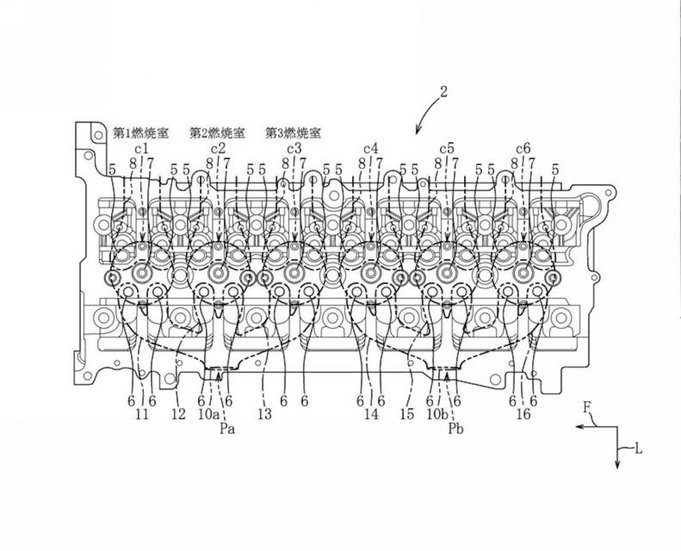 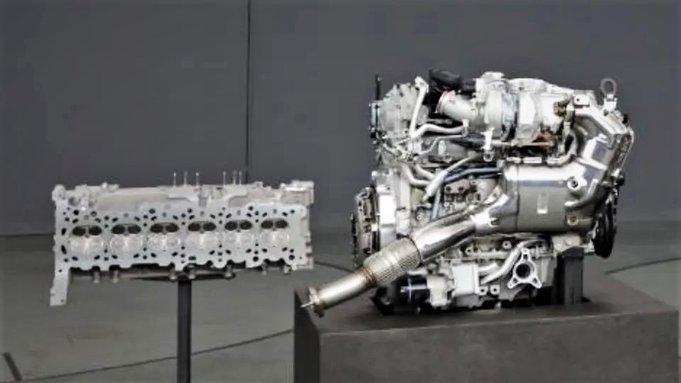 Hmm, going back through the Mazda briefings I notice that the Miata EV was there all along. 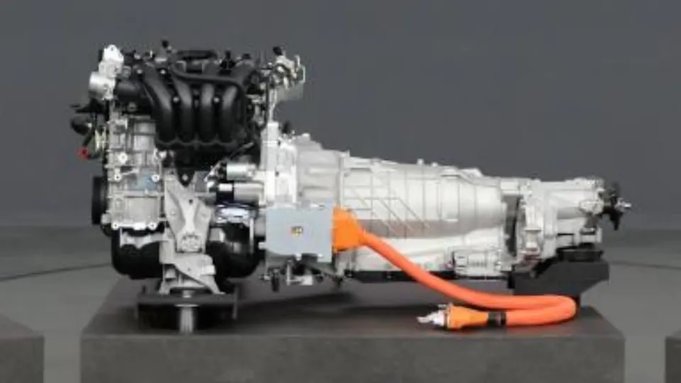 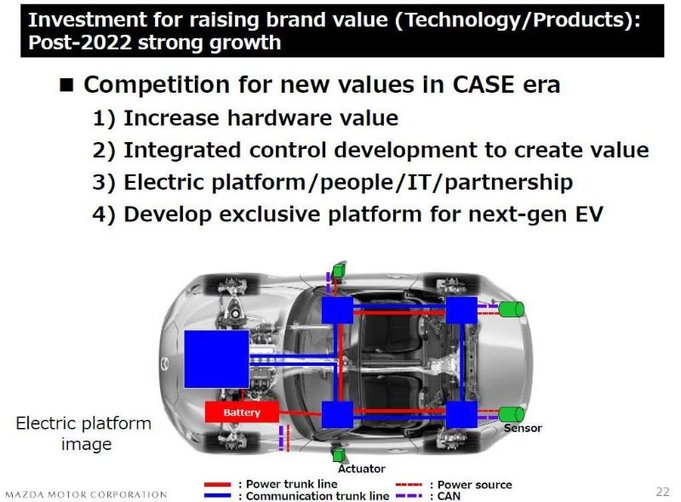